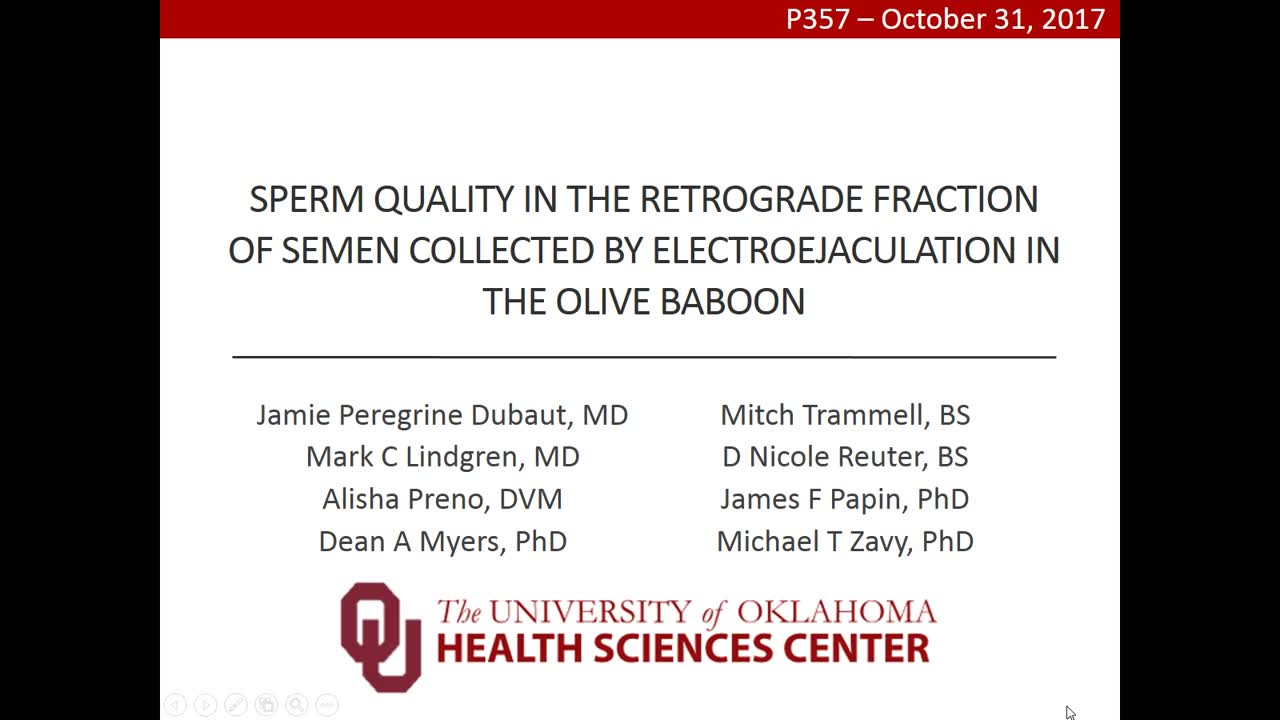 Sperm Quality in the Retrograde Fraction of Semen Collected by Rectal Probe Electroejaculation in the Olive Baboon. 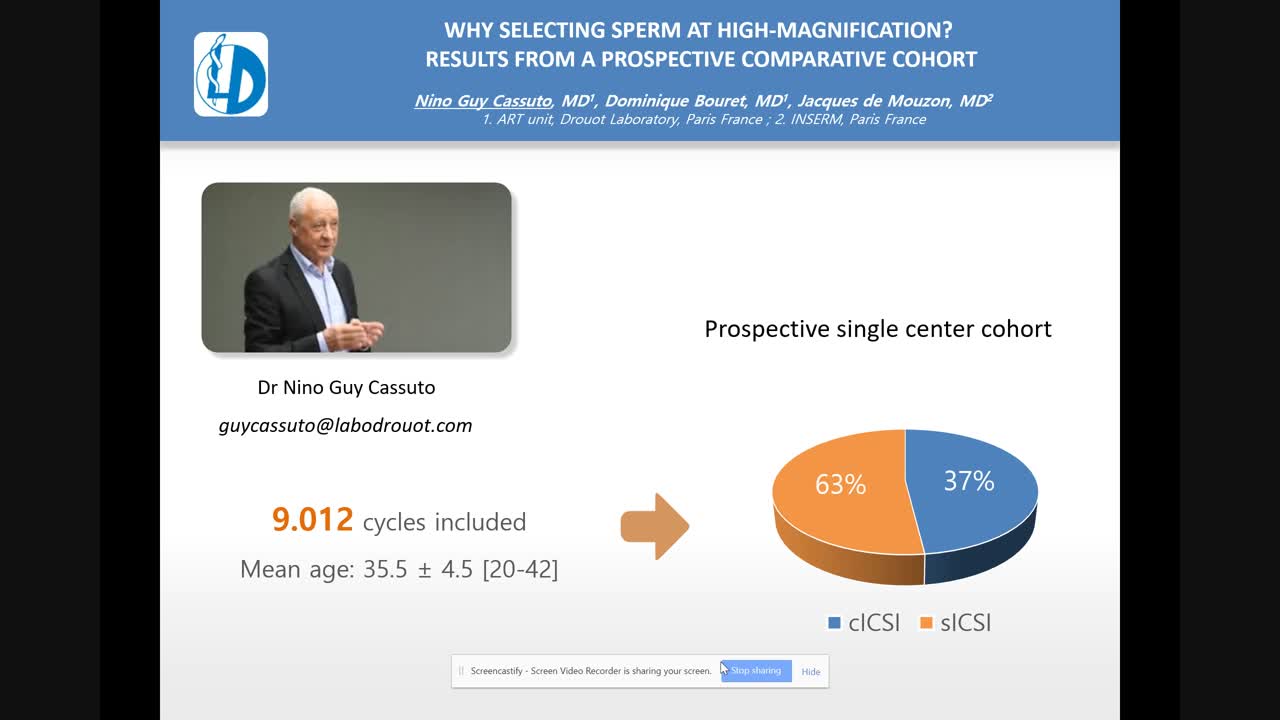 OBJECTIVE: Using high magnification for sperm selection in intracytoplasmic sperm injection (ICSI) is still debated and controversial. The study objective was to analyze if it brings improvement in ICSI results, in a routine practice
DESIGN: Prospective cohort study comparing intracytoplasmic morphologically selected sperm Injection (sICSI) and conventional ICSI (cICSI)
MATERIALS AND METHODS: All ICSI cycles performed in a single center, January 2010 - July 2016 were included. ICSI was decided if < 1 million mobile spermatozoa per ml were available in the centrifuge gradient, or after 1 failed IVF cycle. Among those ICSI cycles, sICSI was performed, either if >40% of sperm scored 0 at high magnification (according to our previously published score based on head shape, vacuoles and base), or after cICSI failure. Embryo transfer was performed at Day 3 or Day 5. The primary endpoint was clinical pregnancy rate (PR), defined by ≥1 gestational sac at ultrasound. Secondary endpoints were fertilization rate (FR) and blastocysts number. The 2 groups were compared, globally (chi-square, Student’s t test) and taking in account the main confounders (women’s age, cycle rank, number of retrieved oocytes, sperm count, and transfer stage) in multivariate models: logistic model for PR, linear model for FR and blastocysts. Numeric variables are given with means ± SD. P value was considered significant at 0.05. In the logistic model, odds ratios (OR) are given with their 95% confidence interval and the same is true for mean differences in the linear model.
RESULTS: In total, 9012 cycles were included in the study, 63% sICSI and 37% cICSI. They resulted in 2513 clinical pregnancies (27.9% per aspiration). Mean age was 35.5 ± 4.5 years (20-47). In the multivariate analysis, FR was increased in the sICSI group (+7.4%; 6.25-8.63, p<0.001), as the blastocysts number (+0.21; 0.09-0.33, p<0.01). Pregnancy chance was increased for sICSI (OR=1.16; 1.06-1.28 p=0.002). The effect was almost significant if the number of motile sperm was ≥ 5 million/ml in the total ejaculate (OR=1.15; 0.98-1.33, p=0.08), but increased in poor semen: OR=1.45 (1.11-1.89= p=0.006)) for <5 million/ml and OR=1.82 (1.32-2.56, p<0.001) for < 1 million/ml.
CONCLUSIONS: This study shows that sICSI brings an improvement to ART results: FR, blastocysts number and PR. These results were observed when taking in account the main confounders, including women’s age. This conclusion is reinforced by the fact that sICSI was chosen for the less favorable cases and that the effect was still higher in case of severe male infertility. Thus, sICSI can be proposed instead of cICSI in case of severe male infertility, in first intention.

Sperm Quality in the Retrograde Fraction of Semen Collected by Rectal Probe Electroejaculation in the Olive Baboon.